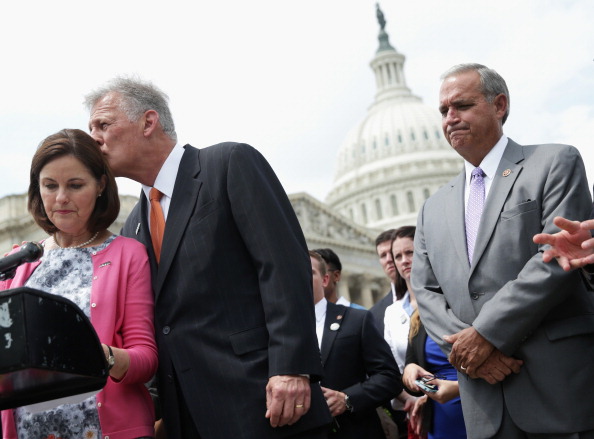 Clay Hunt was a 28-year-old U.S. Marine veteran who served his country in both Iraq and Afghanistan. In Anbar province, under ambush, Hunt watched more than one of his friends die on the battlefield – images that would replay over and over in his mind’s eye through countless sleepless nights. In 2007, a sniper’s gunshot narrowly missed Hunt's head, wounding him in the wrist instead. He was treated for the injury in California and also diagnosed with post-traumatic stress disorder. Yet after recovering, in 2008 this brave soldier returned to the fight – this time in southern Afghanistan. There he watched two more of his friends lose their lives.

When Clay Hunt came home, he began another courageous fight. He started working with other service members to help them try to defeat the mental demons that he, himself, knew all too well. Hunt lobbied Congress on behalf of veterans and appeared in public service messages geared toward educating Americans about mental health and the unseen wounds of war. But in the end, the depression and guilt he felt for having survived when so many others did not, proved to be just too much. Clay Hunt shot himself to death on March 31, 2011. On the wall inside his apartment in Sugarland, Texas, he left behind a shadow box with photos of the four friends he’d lost in the wars, and the medals he’d earned fighting for his country. Clay Hunt is far from alone. Every year, thousands of proud yet tortured U.S. veterans suffer the same, suicidal fate.

This week, the U.S. House and U.S. Senate voted unanimously in favor of the Clay Hunt Suicide Prevention for American Veterans Act. The legislation requires the Department of Veteran Affairs’ (VA) mental health and suicide prevention programs to be independently evaluated and to identify best practices. The law also provides incentives to attract more psychiatrists to work at the VA and mandates the creation of an interactive website that will make suicide prevention resources more accessible for veterans and their families. The cost of the bill is $22 million, in the context of an overall VA budget that was $154 billion in 2014.

So on the face of it, this unanimous vote to pass the Clay Hunt Act seemed like a rare positive moment for a flailing U.S. Congress. After a year of appalling VA health scandals, our lawmakers at least took some action to take better care of the warriors who take care of us. But it’s not quite that simple. In matters of life and death, time can be an incredibly precious commodity. And due to the ridiculous rules in the U.S. Senate, the time Congress wastes can carry a heavy human cost.

The Clay Hunt Act was introduced in November of last year, and sponsored by U.S. Senator John McCain (R-AZ), a war veteran who endured more than five years as a P.O.W. in Vietnam. The bill had bipartisan support and was also endorsed by the American Legion, the Veterans of Foreign Wars, and the Iraq and Afghanistan Veterans of America.

But on December 15th, one U.S. Senator used the filibuster rules in the Senate to stop the Clay Hunt Act from coming up for a vote. In a country of more than 315 million people, represented by 535 elected members of Congress, a single no-vote in the Senate can grind the entire nation’s business to a halt. Senator Tom Coburn (R-OK) blocked the bill because he didn’t like the $22 million price tag and didn’t think the legislation would be effective. Coburn certainly has a right to his opinion and his vote. After all, he was elected statewide to represent Oklahoma in the U.S. Senate, and voting his conscience is part of his job – even if every other member of Congress might disagree with him.

But when our U.S. Congress is operating under a scenario where a single objection in the Senate can turn back the will of an overwhelming majority – or even more egregious, a unanimity – then our government is no longer operating under the principle of majority rule. There were measures taken when our Constitution was written and ratified to protect the rights of the minority. But the filibuster was not one of them. It has never been in our Constitution. It was a procedural accident of U.S. history – and one that has now reached a record level of abuse by both political parties in recent years.

In this specific case, one might wonder what’s the big deal? It only took another 50 days to pass the legislation in both chambers (after Coburn retired and a new Congress was sworn in).  What’s the harm?

Every day, on average, 22 U.S. veterans commit suicide. Approximately 8,000 per year. Yes, eight thousand—including an estimated one thousand over those extra 50 days. It is difficult to even wrap one’s mind around these numbers. After the Clay Hunt Act was blocked in December, Hunt's mother, Susan Selke, spelled it out clearly: “I am grieving thinking of those young men and women who will be delayed receiving help because of this inaction. The VA’s mental health system needs urgent change as more veterans die from suicide than on the battlefield, and Senator Coburn’s action today just delays that reform.”

Certainly, the tragic story of Clay Hunt’s death and a lone senator’s push-back on a popular bill to prevent more such deaths gives a heightened sense of drama to the use and abuse of the filibuster. But to be clear, the filibuster is now a ubiquitous presence in the U.S. Senate. In the 113th Congress, with the GOP in the minority, a record high 167 cloture votes to break filibusters was reached by the end of July 2014 – more obstruction tactics in eighteen months than all of those the Senate had seen between 1917 and 1980! By the end of that congressional session, the total number of cloture motions hit yet another record – 253.

Coburn’s straight-arm tactic in December on the suicide prevention bill coincided with an exit interview he gave to CBS on 60 Minutes. When he was asked his opinion on Congress’s record low approval rating of seven percent, the answer he gave might seem ironic: “Who are the seven percent of the people who actually think we do a great job?” But if it’s ironic, it’s not because Coburn himself was necessarily a “bad” Senator due to one lonely, unpopular position he used to glue up the Senate.  It’s because the system itself permits that single vote against a single idea to freeze the entire legislative branch.

Tom Harkin (D-IA) served in the U.S. Senate for 30 years until he retired in January, 2015. In an interview near the end of his service, Harkin offered a cold, hard truth: “A senator has his or her power not because of what we can do – but because of what we can stop.” The backwards filibuster rules in the U.S. Senate now allow for a massive distortion and skewing of our system. But the filibuster is not etched in stone. It is merely a rule that can, and should, be reformed. It is time to put a stop -- to all of the stopping.